Infrastructure – the backbone of a hospital 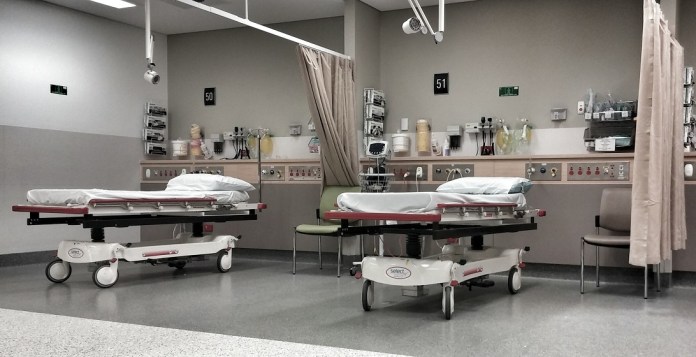 Infrastructure – the backbone of a hospital

This article talks about the critical analysis of Indian hospital infrastructure and the scheme by Indian Government to boost the medical industry of the country.

Healthcare sector is rapidly growing in India, when we talk about healthcare, it includes hospitals, medical devices, medical equipment, clinical trials et al. Healthcare is one of the India’s largest sectors in terms of employment and revenue. At least more than half of the rural population in India visit private facilities for healthcare, with a majority of them citing quality concern, unavailability of doctors and equipment in public hospitals. There is lack of effective gate-keeping and referral, leading to fragmentation of healthcare services.

Status of hospital infrastructure in India

In India, there is one government allopathic doctor for every 10,189 people, one government hospital bed for every 2,046 people and one staterun hospital for every 90,343 people. Harshad Thakkar, Partner, Esperti Services and Solutions LLP says, “Medical education infrastructure in the country has shown rapid growth during the last 20 years. The country has 476 medical colleges, 313 colleges for BDS courses and 249 colleges which conduct MDS courses. There has been a total admission of 52,646 in 476 medical colleges, 27,060 in BDS and 6,233 in MDS during 2017-18.”

Dr. Vinod Singh, Founder & Consultant, Hospitech Healthcare Consultancy said, “With mere setting up of public hospitals, one cannot satisfactorily say that the hospital infrastructure in that region is improved. Along with the physical infrastructure, equipping the doctors and skilling the staff is equally important in order to achieve the benefits of the infrastructure. Hence unless there is overall improvement in the infrastructure, there can be no measurable output or impact.”

Singh further comments, “Private hospitals are the major contributors of Indian healthcare system. The number and quality of services offered by smaller private set ups in the semi urban and rural India form the backbone of the healthcare needs of the country.” He adds, “They are further complimented by the presence of bigger hospitals in the neighbourhood towns which provide round the clock specialist care. In this scenario, public sector hospitals settling down to having a negligible say which ultimately get restricted to primary care and obstetrics cases.”

The public expenditure on health as a percentage of GDP in India is just 1 per cent against the average of 1.4 per cent in case of low-income countries. Thus, there is a lot that can be done to improve the health and hospital infrastructure in the country. India doesn’t have enough hospitals, doctors, nurses and health workers, and since health is a state subject, disparities and inequities in the quality of care and access to health varies widely not just between states but also between urban and rural areas.

Singh says, “Apart from poor quality care, insufficient access to care caused a major share of deaths from cancer, mental, neurological and chronic respiratory conditions. Families are forced to incur high out of pocket expenditure thereby leading to impoverishment and poverty on account of medical and hospitalisation.”

IIn India, the private sector is becoming the preferred source of healthcare as government spending on health remains low, forcing people to seek private services. “One way to improve the quality and reach of the healthcare is to make optimum use of technology to bring doctors /health caregivers and patients together. A simple solution like Telemedicine deployed at rural healthcare centres could make a world of a difference. The best of the breed doctors would be available to treat the rural patients using a Video call. As it is, the availability of internet has spread across the country at a very fast pace. Why not make the most of it?” Thakkar said.

In fact, rural healthcare workers and even doctors can monitor and consult with patients virtually, with all of the required records, scans, and pathology images at their fingertips. Thakkar added, “The idea is simple – To give everyone the best possible care, wherever they are, whenever they need it.”

For progressive results of the country, the government’s initiative of Ayushman Bharat is the resolution to the urging need of health issues in India. This has advanced the healthcare scenario and will open the horizons for the underprivileged population of our country. This act seeks to resolve the widening gaps between the rich and the poor. With Ayushman Bharat initiative, the government has attempted to fulfill various shortfalls that have been plaguing our country.

“Millions of Indians are pushed to poverty because of high out-of-pocket expenditure on healthcare each year and millions of others do not have access to healthcare for non-financial reasons. It is these segments of the population who stand to benefit most significantly from the implementation of the policy. In this context, Ayushman Bharat could be a step in the right direction for Indian healthcare system. However, implementation of such massive schemes also comes with a unique set of challenges,” commented Singh.

“The Ayushman Bharat scheme is a National Health Protection Scheme, which will cover over 10 crore poor and vulnerable families (approximately 5 crore beneficiaries) providing coverage upto 5 lakh rupees per family per year for secondary and tertiary care hospitalisation. This will be the world’s largest government funded healthcare program. The beneficiaries can avail benefits in both public and empaneled private facilities. To control costs, the payments for treatment will be done on package rate basis,” Thakkar said.

Singh points out few benefits to the doctors under this project, they are: Allotting land to private hospitals, providing funding for projects (Upto 40 per cent) which are deemed unviable by the private sector and speeding up clearances. The private sector will be allowed to ‘build, design, finance, manage, operate and maintain’ these hospitals in Tier 2 and Tier 3 cities. The component, pertains to creation of 1,50,000 health and wellness centres which will bring healthcare closer to the homes of the people. These centres will provide Comprehensive Primary Health Care (CPHC), covering both maternal and child health services and noncommunicable diseases, including free essential drugs and diagnostic services especially focusing on preventive and promotive services and saving the cost in future from related complications.

Commenting about the Ayushman Bharat Scheme, Thakkar says, “While the intent of Ayushman Bharat is to get quality healthcare facilities to the poorest of the poor people, its implementation could be challenging. Why would a private hospital give the services for a predetermined package rate to the people? That would lead to a lot of bickering as the infrastructure costs of setting up a quality healthcare centre far outweigh the revenues especially when catering to the weaker section with a fixed revenue package.”

With Ayushman Bharat, the government seeks to change the face of healthcare industry of our country. With an increase in inflation, the government must cater to the needs of the entire population. Thus, the proposed initiative must benefit the whole nation. If implemented in the right direction along with fulfilling its purpose, Ayushman Bharat can definitely be a turning point in the health sector.

This article was published in medicalmagazine.in 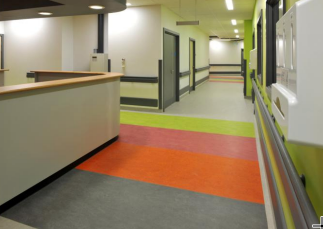 Hospital flooring is a very important and visible aspect of the healthcare environment. It can contribute to a positive... read more 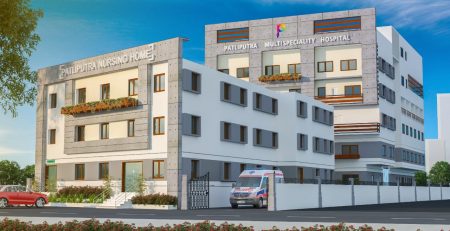 This article discusses methods to analyse the benefits, and performance related to midsize hospital facilities. The results of this article... read more 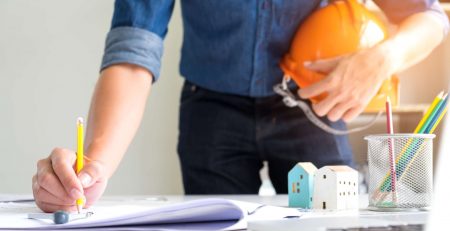 How To Plan Expansion Of Your Hospital

Every major hospital has expansion plans these days to tap into the relatively unexplored market in Indian healthcare. This... read more